United, What Were You Thinking? 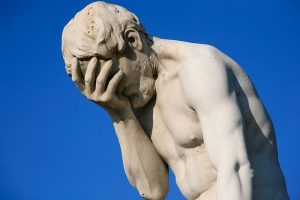 By now everyone has seen the video of David Dao, a 69-year-old doctor, being dragged off his flight on United Airlines. Dao’s attorney has described his client’s unceremonious ejection as more traumatic than Dao’s escape from war-torn Vietnam in 1975. Can you hear the roar of a massive lawsuit gaining steam?

From Dao’s viewpoint, the incident was reprehensible. Most in his position would be gearing up to sue everyone involved and going after United Airlines itself in a big way. He received substantial injuries while being yanked through the plane, and worse yet is the personal humiliation now that his awful experience has been shared all over the internet. What’s more, the incident has the potential of being racially-based.

It’s not only Dao who’s probably thinking of suing, either. From the standpoint of the other passengers on Dao’s flight, this is a traumatic event and very much a wakeup call. There will no doubt be numerous trauma-driven claims, given reports that witnesses are now afraid to fly, worried that they could fall victim to the same kind of violent, unprovoked treatment. If anyone on that plane does fly again, you can be sure it won’t be with United.

From management’s position, this was so avoidable! Without minimizing the experience of Dao or his fellow ticket-holders, it’s probably fair to say that United executives are traumatized as well. They can see what a disaster the event is for the company and surely most also recognize how unnecessary the PR calamity truly was.

United has no excuse for creating and allowing this whole fiasco. There were so many ways around the problem. You don’t board the plane until the overbooking issue is resolved. If the booking issue is only discovered once customers have boarded, you then offer incentives until someone accepts an alternative flight. After all, everyone has a price, and it’s safe to say that the price is millions of dollars less than the fallout from this event will be, even if nobody was ready to get off the plane at the first offer. Or, specific to this incident, you find another solution to get the flight crew to their destination, which was the need that led to Dao’s forced removal.

The bottom line is money, so you figure out the least expensive alternative, whether that’s canceling the other flight, offering incentives, finding another crew or some other reasonable solution to the problem. The one thing you don’t do is violently drag an elderly ticketholder off the plane, screaming, with horrified fellow passengers filming the event so the entire world can watch the debacle.

Millions of viewers are aghast, wondering if it can happen to them, and guess what? It can! This disturbing incident should trigger the awareness that all that fine print accompanying the transactions we sign each day means something. Are you really giving Apple the right to force you into a human centipede scenario when you update iTunes? Probably not, but then David Dao didn’t expect to be injured and embarrassed when he signed for his ticket on United, either. I imagine this incident will do more than just make airlines rethink their practices, it will make consumers aware of the more overly-broad small type in agreements and contracts.