When election years come around, the Halloween decorations sometimes take a decidedly personal turn. This year’s passionate feelings on all points of the political spectrum have inspired some particularly gruesome scenarios in front of houses and businesses, with Trump and Clinton appearing in situations that are unpleasant to say the least. Is there a legal limit to Halloween decorations that portray identifiable individuals?

Based on the first amendment right of free speech, it’s perfectly okay to show Clinton, Trump or anyone else who inspires animosity being eaten by wolves or dispatched in another horrific manner that pleases the property owner. That comes as a surprise to many, who perceive this kind of expression as a direct threat.

Making threats directly against a person is not protected speech, and a statement like “I’m gonna kill that guy” made on Facebook or elsewhere may be prosecuted under the law. But depicting a gory scene with Halloween decorations and threatening to actually carry out such an act are two different behaviors. 11 Alive, Atlanta’s local NBC affiliate, interviewed me as part of their report on the important distinction between freedom of expression, as with Halloween decorations, and making terroristic threats, which can be a felony. 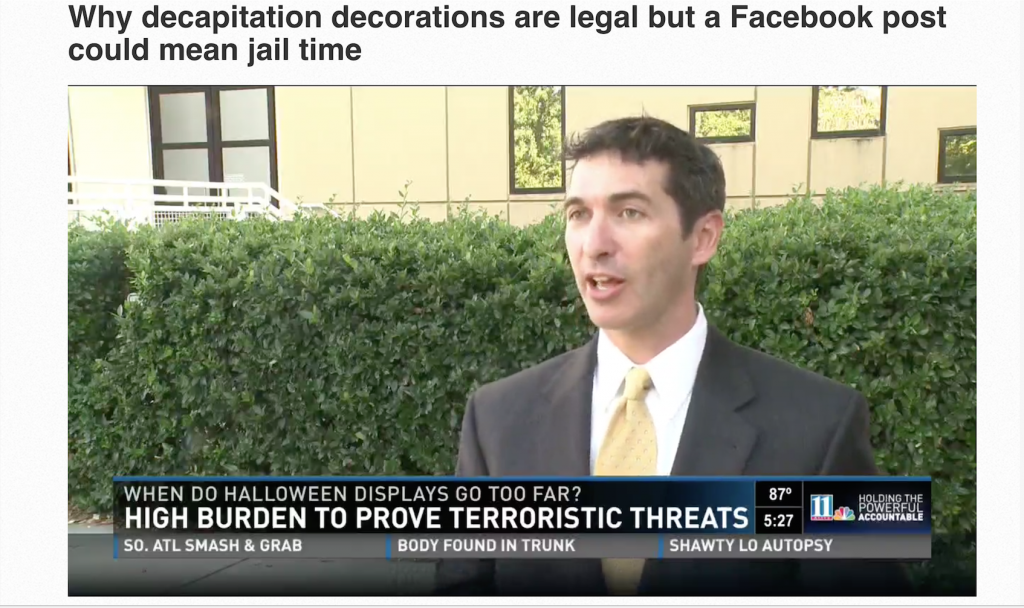