Forfeiture Is a Real and Growing Threat to All Citizens

Think the government won’t take your property because this is America? Think again. 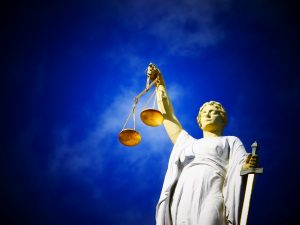 Recently, one of the United States Supreme Court Justices shined a light on a disturbing trend of government officials taking our money and property in Leonard v. Texas. Forfeiture (formally civil asset forfeiture) is the procedure whereby federal and state officials seek lawful and permanent possession of your assets, such as money and property that may be seized during an encounter with law enforcement officers.

Although the Supreme Court denied cert. (i.e. declined to review) in this particular case, SCOTUS Justice Thomas’ written response specifically invites review of the modern forfeiture practice, “where police can seize property with limited judicial oversight and retain it for their own use” and which “has led to egregious and well-chronicled abuses.”

Thomas further cited specific examples of forfeiture abuses, including “police in the town of Tenaha, Texas, [who] regularly seized the property of out-of-town drivers passing through and collaborated with the district attorney to coerce them into signing waivers of their property rights,” and in one instance “threatened to file unsubstantiated felony charges against a Latino driver and his girlfriend and place their children in foster care unless they signed a waiver.”

In response to widespread and systematic abuses of forfeiture power, some states have enacted reforms that include requiring a criminal conviction or raising the burden of proof to beyond a reasonable doubt, such as that required in criminal cases. (Georgia still does not require a criminal conviction and allows forfeiture based on the lower preponderance of the evidence standard.)

The Washington Post has published a six-part investigative series addressing abusive forfeiture practices. If you’d like to read this in-depth report on the problem, you can find it here.

Co-counsel Howard Manchel and I recently represented a client who had a substantial amount of cash seized from his car. Our client, who did not trust banks in general as a matter of culture, had stored money he had borrowed to buy a business in a hidden compartment in his car. Although no criminal charges or traffic citations were issued, local law enforcement seized the money from the car. Through the client’s persistence and our legal assistance, his funds were ultimately returned in full.

That outcome is unusual, however. Most money and property seized through forfeiture is retained by the agency that took it, in part because few victims of the practice have the necessary knowledge and resources to pursue the matter.

If you have any property seized by law enforcement, you should consult with an attorney immediately regarding the potential return of your property regardless of whether there are any resulting criminal charges.